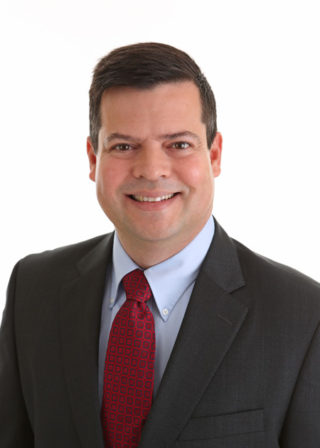 Well over ten years ago, medical scientists began to realize that a specific “fraction” of human blood contained special growth factors and healing-inducing properties. This portion of blood, known as Platelet-Rich Plasma (PRP), is devoid of red blood cells but contains blood serum. It is what’s responsible for blood clotting and tissue healing. In everyday life, we know PRP as that yellow goo around a scab from whence healing generates. In addition to speeding healing, platelet rich plasma also contains a significant array of growth factors that make it an enhancer of function of the tissue areas that it comes into contact with.

Platelet-rich plasma can be isolated from one’s own blood and re-injected into an area of the body where it may induce healing or growth-enhancing properties including cell growth, new tissue generation and repair, neovasculogenesis (formation of new blood vessels), and collagen production. These effects are similar in many aspects to those seen from human stem cells.

PRP is created in the office. We use your own blood via a process that involves having small amount of your blood drawn, similar to that performed in the lab during a routine venipuncture. After being drawn, the growth factors are isolated from the blood plasma via centrifugation in a special fraction-isolating tube. Then it is mixed with calcium chloride or calcium gluconate to initiate the activation process.

PRP is all about the isolation of growth factors. PRP induces new collagen, fibroblastic activity, and healthy blood vessels. It can be used to increase sensation and diminish scar formation.

Gynecologic uses of PRP and development of the “O-Shot®.”

PRP found its first widespread medical use by orthopedic surgeons beginning about 10 years ago. They injected it into the immediate post-surgical area to enhance the healing process after orthopedic joint surgery. Their efforts resulted in elite athletes healing from joint surgery in 6-8 weeks rather than 6-8 months. It was only a matter of time before isolation and use of growth factors and multipotential cells began to find widespread use, and other specialties began research into uses for their areas. I first became aware of PRP’s potential gynecologic uses 4 to 5 years ago, and have followed research into gynecologic and aesthetic applications closely since that time. I am now convinced and confident that PRP has a safe and unique role for the specialized gynecologist.

Five years ago, a doctor from Alabama, Charles Runels MD, also became interested in gynecologic and sexual uses for PRP. He was spurred on by a request from a personal friend who had researched the safety of re-injecting this blood product into a specific area of the body (her vagina). Seriously wondering if injection specifically into the clitoris and/or the “G-spot” would serve to enhance orgasmic function, Dr. Runels prepared her platelet-rich plasma and re-injected it at the base of the external clitoral glans, and in the general area of the G-spot under the anterior vaginal wall ~ 1 inch in from the urethral opening. The results were striking and, since the recipient was actually Dr. Runels’ girlfriend, unforgettable!

Beginning with that one woman, the word got out and soon several other women lined up to get the same procedure. In almost every case the results were reproducible: orgasms — both clitoral and vaginally activated — were both easier to accomplish and enhanced in quality, amplitude, and frequency. Unexpected at the time, a secondary benefit was noticed. Many of the women who received the O-Shot® had also suffered from occasional bothersome urinary incontinence before the shot. Their symptoms were diminished or cured by the O-Shot®.

The O-Shot® has found other gynecologic uses. Lichen sclerosis is an insidious and progressive skin disorder of the vulva that can cause significant itching and eventually severe atrophy. In some cases it can even lead to disappearance of the vulvar clitoral and labial structures. Experts in this not-uncommon disease, — including Dr. Andrew Goldstein of the Center for Vulvovaginal Disorders of Washington D.C. and New York City, along with Dr. Runels — are completing a study using the O-shot®. They are placing PRP under the skin in areas of lichenoid changes and are having success with previously recalcitrant cases.

The sexual improvements noted with the O-Shot® and improvements in stress urinary incontinence are documented by reams of anecdotal information, but have yet to be evidence-based. This may change soon, as data is currently being collected by O-Shot® researchers.

Risks of injecting one’s own PRP into the body have been discussed, but no actual drawbacks (see below) have been put forth, nor have complications been reported. The O-Shot® involves re-injecting a fraction of one’s own blood back into the body, albeit a highly processed and select portion of the blood. The only complication reported from utilizing PRP has been when sterility was broken and the sterile nature of the entire blood withdrawal, processing, and re-injection had been seriously compromised.

A majority of women feel significantly improved sexual arousal and orgasmic intensity beginning a day (unusually early) to 1-3 weeks after injection. If no improvement is noted, the injection may be repeated 4-6 weeks later. Sexual function improvements from the O-Shot® have been reported in an estimated 80-90% of women (anecdotal data from papers presented at meetings; not sustained at this time by published evidence-based research). Effects appear to last between 1 to 3 or 4 years, with 2 to 3 years appearing to be the median, but these reports are anecdotal rather than research based. When improvements wane, the shot can be repeated. With the exception of sepsis (rare!) where sterile technique is violated, there are no reported risks.

Apply for Credit for Procedure