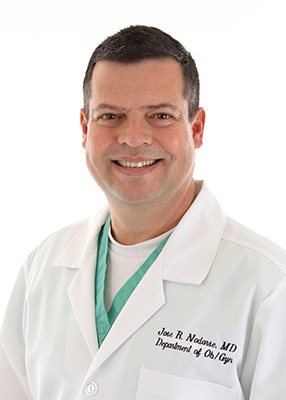 Jose Nodarse MD is board certified in Obstetrics and Gynecology.  He graduated from the University of Miami, School of Medicine, class of 2004.  He went on to complete one year of internship in Internal Medicine at Staten Island University Hospital in Staten Island, NY.  During this year, Dr. Nodarse gained valuable knowledge in Internal Medicine.  Dr. Nodarse then completed his OB-GYN residency at Richmond University Medical Center, affiliated to New York Medical College.

Jose Nodarse MD is well trained in the care of the obstetric patient as well as in the full range of Obstetrics and Gynecological procedures including Cosmetic Gynecology.  He is experienced in minimally invasive gynecological procedures that allow patients a speedy recovery.  He has expertise in laparoscopic surgery such as laparoscopic hysterectomy with or without the Da Vinci Robot.  Whenever possible, Jose Nodarse MD, offers to his patients the laparoscopic approach to manage pelvic pain, ovarian cysts, ectopic pregnancy, infertility, etc.  He is also accomplished in surgical techniques for the management of stress urinary incontinence.

Back from New York, he established his private practice in Boynton Beach and West Palm Beach.  He offers in office procedures that allow patients to go on with their daily activities as soon as the next day.  For example, he offers ESSURE for permanent contraception, D&C hysteroscopy for abnormal uterine bleeding, Novasure endometrial ablation for heavy menses, LEEP cone for treatment of abnormal pap smears as well as cosmetic vaginal procedures, such as labiaplasty and vaginoplasty.

Jose Nodarse MD’s practice of medicine continues to evolve.  New scientific discoveries and advances in technology are having a tremendous impact in gynecology.  Common complaints of women are now being address thanks to this. We call this Cosmetic Gynecology. Jose Nodarse MD has traveled around the country to be trained by the pioneers of these new techniques. He is certified to perform the O-Shot® for orgasm disorder and for the improvement of urinary incontinence. He is also certified by The Labiaplasty and Vaginoplasty Training Institute of America™, (LaVaTi) in cosmetic labiaplasty and vaginoplasty.  As a separate procedure or adjunct to the above procedures he also offers the ThermiVa for vaginal tissue tightening and rejuvenation.

His mission is to provide the highest standard of patient care.  He believes in educating his patients, so that they can take on more active roles in the management of their conditions.

Dr. Stanley Chai is board-certified in Obstetrics and Gynecology.  With over 30 years in practice, he specializes in women’s health and accepts patients for reasons, including pregnancy, annual exams, menopausal medicine, pelvic pain, etc. Originally from Trinidad and Tobago, Dr. Chai completed his medical training at the McGill University Faculty of Medicine. He pursued his residency in obstetrics and gynecology at Royal Victoria Hospital, further enhancing his expertise as a trained OB-GYN. Dr. Chai is certified by the American Board of Obstetrics and Gynecology. He is also an attending physician at Bethesda Memorial Hospital. His practice philosophy has made him a well-received professional. He is sensitive to his patients’ needs and is eager to serve women at all stages of life. 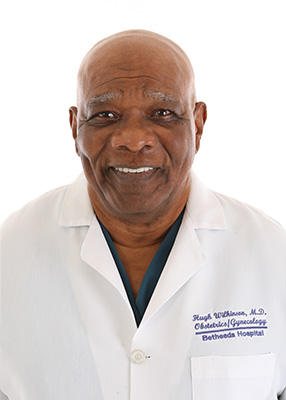 Dr. Hugh Wilkinson is a board certified OB-GYN serving Boynton Beach and surrounding areas in Florida. He graduated with a Medical Degree from Howard University. He received his Internship in Internal Medicine at the Freedman’s Hospital Washington and Residency in Obstetrics and Gynecology at Howard University Hospital. Dr. Wilkinson is known for his patient-centric approach and great personality. 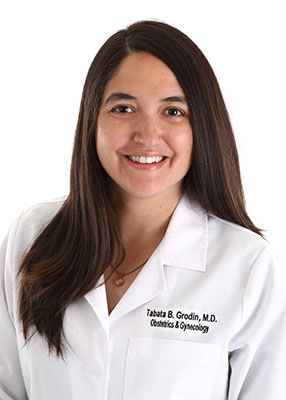 Dr. Tabata Bahiense Grodin is an OBGYN practicing in Palm Beach County, FL.  She was born in Rio de Janeiro, Brazil, and has resided in Florida since 1998.  Dr. Grodin received her undergraduate degree at the University of Florida and her medical degree at Florida Atlantic University in Boca Raton.  She completed her residency in Obstetrics and Gynecology at Sacred Heart Hospital in Pensacola, which is affiliated with the University of Florida. Since residency, Dr. Grodin has been serving the women of Palm Beach County as a hospitalist managing emergency obstetric and gynecologic conditions. Dr. Grodin also has a role in medical education and is a clinical affiliate instructor at Florida Atlantic University. Dr. Grodin is a member of the American College of Obstetricians and Gynecologists and has board eligibility with the American Board of Obstetrics and Gynecology. In her free time, Dr. Grodin enjoys spending time with her husband, 2 year old daughter, dogs and pet turtle. She enjoys traveling and visiting our National Parks. Dr. Grodin is fluent in English, Portuguese, and Spanish. 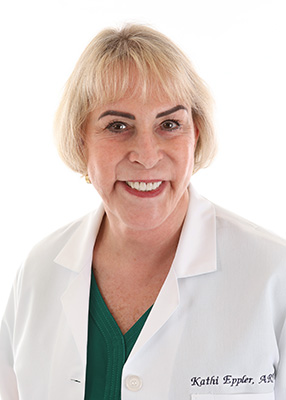 Katherine Eppler ARNP is an OB/GYN Nurse Practitioner with over 30 years of experience in Maryland and Florida. She has cared for many women from puberty through the lifespan as well as being an investigator in multiple clinical trials. Additionally, she has lectured extensively throughout the United States and published numerous articles on teenage sexuality, reproductive medicine including contraception and the menopause. She is an active member of The American Congress of Obstetricians and Gynecologists and The Florida Nurse Practitioner Network. Her practice includes caring for women as they move through their reproductive years, including prenatal and postpartum care, and later, the transition into menopause. She is committed to ensuring her patients’ health and well being and developing long-lasting relationships. 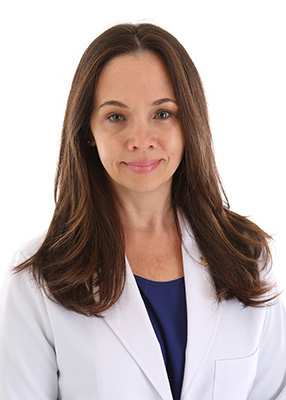 Theresa is a Board Certified Family Nurse Practitioner. She attained her Bachelors in Nursing from Florida Atlantic University and worked as a Registered Nurse for 14 years.  She has spent the majority of her career working in Women’s Health, maternity, newborn nursery and Labor and Delivery.  Theresa also holds a Master degree in Family Practice with an emphasis on woman’s care.  Theresa is not only involved in the clinical care but functions as the administrator for the practice.  She is in a unique position which allows her to use her knowledge on the clinical as well as the business part of the practice when interacting with patients.  She is our surgical coordinator and as such she has in depth knowledge of all the surgical procedures done in office as well as in the hospital.  She also compliments the practice with her understanding of gynecological cosmetic procedures done in our office and enjoys educating the patients about all services that are offered. 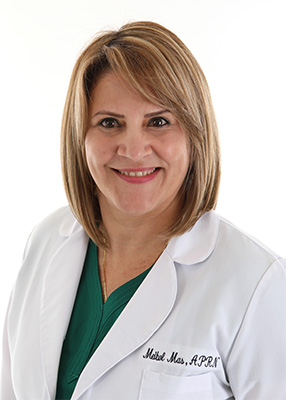 Meibol began her career in Medicine at the Granma University of Medical Sciences Medical School in Manzanillo, Cuba where she graduated as a MD in 1996. She spent 12 years practicing general, gynecologic and emergency medicine at the Hospital General Municipal Gustavo Aldereguía and community clinics. In 2008 Meibol relocated to South Florida with her family. She earned a Masters Degree as a Family Nurse Practitioner and now practices as a APRN focusing on woman’s health.